“I have two moods. One is Roy, the wild ride of a moon. And Pam, sediment Pam, who stands on the shore and sobs. Sometimes the tide is in, sometimes it’s out. I try to think of it as my opportunity to be heroic – not the ‘I survived in Mosul during an attack’ heroic, but an emotional survival. An opportunity to be a good example to others who might share our disorder.”  – Carrie Fischer, author, actress

“Finding out that it was called something was the best thing that ever happened to me. The very fact that there was a name for my emotions and that a professional could talk me through my symptoms was very liberating. There are amazing highs and very low lows. My goal is to be consistently in the middle.”  – Catherine Zeta-Jones, actress, singer, dancer 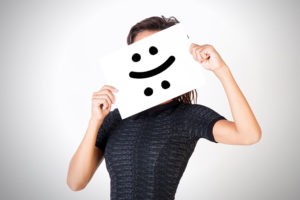 By Susan Tretakis – In both my professional and personal life, I have known people who, having been diagnosed as bipolar, tried to mask their symptoms in order to fit into the outside world. Bipolar treatment has, indeed, come far from when it wasn’t even acknowledged, just quietly medicated or hospitalized. Today, more and more people are beginning to have this very important dialogue about mental health.

Bipolar disorder is not a character flaw or a sign of personal weakness; in fact, the willingness of celebrities and their families to discuss their personal battles with the media show great strength.

Their strength strengthens us.

Most people who have bipolar disorder can identify their “highs” and “lows”. These swings can be severe, ranging from extreme energy to deep despair. It is the severity of the mood swings and how they disrupt ones normal life that distinguish bipolar episodes from ordinary mood changes.

Symptoms of mania include:

Symptoms of depression include:

Western medical treatment is directed at managing symptoms. Depending on the patients’ need, treatment may include medication, hospitalization and psychotherapy. Protocols for antidepressants, anti-psychotic and anxiety medications are constantly evolving, as are a variety of psychotherapy approaches, including, but not limited to, interpersonal and social rhythm therapy, cognitive behavioral therapy, psychoeducation and family-focused therapy.

While knowing and respecting Western treatment for bipolar illnesses, it is worth the time to review how both Acupuncture and Traditional Chinese Medicine can help.

“One such treatment that is often used in conjunction with medication is Acupuncture.  Developed in China more than 2,000 years ago, Acupuncture focuses on promoting the flow of energy from the surface of our bodies in towards our organs.  This energy, or Qi, is critical to not only our spiritual health, but also to our emotional, physical, and mental balance.

The proper balance can be restored with the help of several thousand different Acupuncture points that serve as a map to our primary and secondary meridians.  A practitioner can apply pressure along certain areas of the skin using a series of very fine acupuncture needles, clearing up any energy blockages and allowing the body to heal itself.  This ancient method of therapy has been shown to help bipolar patients better regulate their response to stress.

Chemically speaking, Acupuncture treatment stimulates the central nervous system, releasing endorphins that bipolar patients may not produce in high enough quantities normally.  This process helps bipolar and depressed patients to enjoy a significant reduction in their symptoms of mania while following a regular course of acupuncture.”

Acupuncture has become more mainstream as an acceptable form of treatment for bipolar disease, as evidenced by the number of on-going studies:

“In TCM, emotions are a reflection of the state of the Five Spirits. These are the Hun (the non-corporeal), the Po (the corporeal spirit), the Zhi (the will), the Yi (the intellect) and the Shen (the mind and connecting spirit.) The association between spiritual aspects and the organs is relatively straightforward in keeping with the concept of holism. Any disharmony of the organ may affect its associated spiritual aspect and, therefore, the emotions involved. Emotional disturbances may, likewise, affect the energetic qualities of the organs.”

Traditional Chinese Medicine is consummately holistic. The mind, body and spirit are inextricably linked. Changes in diet as well as daily habits may be suggested by the TCM practitioner.

“In addition to acupuncture, Qigong, yoga, T’ai Chi, Tuī Ná, and Chinese herbology are all useful TCM-based modalities for addressing the spiritual components of emotional disorders. Meditation has many medical benefits, as well, and training increases efficacy. Patients with psychiatric diagnoses frequently benefit from these approaches either as stand-alone therapies or as adjuncts to other therapies.”

Traditional Chinese Medicine can work to help treat the many symptoms and underlying causes of bipolar disorder which currently affects nearly 7.7 million Americans or about 5% of the population. Although many people may joke about being “bipolar”, it is not funny to those who suffer from it and for loved ones around them. Through Acupuncture, dietary, herbal remedies, mind-body work and personal one on one connections with practitioners, Traditional Chinese Medicine offers many forms of healing.

If you feel that you or someone you know may benefit from trying an holistic approach to any psychological condition, including bipolar disorder, please give The Acupuncturists of Margate, Coral Springs and Coconut Creek a call. Consultations are always free.

Learn more about acupuncture and psychology