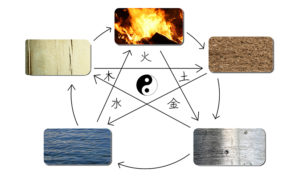 By Susan Tretakis – Some background: As an undergraduate and graduate student, I majored in Psychology. “People”, as a subject, fascinated me. “People” amazed me, disappointed me, and enhanced my life. “People” could also be dangerous to themselves and others. I went to school and later interned at a time where serious personality deficits and mood disorders were treated with drugs and hospitalization.

I also grew up in the “Age of Aquarius”, where one was routinely defined by their zodiac sign; in fact, the question, “What’s your sign?” became an accepted means of social introduction and people ferociously researched zodiac signs for insights into themselves and others.

Lastly, since I have been on a diet since I was able to walk, I have an intimate, love/hate relationship with food. Food could be my best friend, my comforter or my tormentor. By age 12, I could tell you the calorie count of any food item; later, I was able to identify times when my craving for a certain food was so loud in my mind, I believed anyone near me could hear my silent screams for pizza and macaroni and cheese.

As bright as everyone told me I was, I never made the connection between all three areas: the psychological, the physical and the spiritual until my acupuncturist introduced me to “The Five Elements” of Traditional Chinese Medicine. TCM continually reminds of just how much I need to learn – and in many cases, re-learn.

In the book, “Between Heaven & Earth” Harriet Beinfield and Efrem Korngol write “The theory of the five elements is one of the main tools an acupuncturist can use in order to understand a person’s nature, personality types and symptoms of disease. The five element cycle is related to the cycle of the seasons throughout the year: from Spring (wood element), to Summer (fire element), to Autumn (metal element) and on to Winter (water element) and the pivot around which seasons and the elements turn, relate to the earth element, which is the element of late Summer. Each element also corresponds to a climate, taste, emotion, internal organ and part of the body.”

According to the authors, people can be “classified” according to the five-element theory. Personal tendencies, temperaments, emotions, positive and negative behaviors, moods and illnesses – even some physical attributes – can all be viewed in relation to the five elements. People are all parts of nature and of the seasons and are not a single element, but rather “what makes us different from one another (among other things) is which of the elements is more or less dominant in relation to the others.”

Brian Carter writes in his book, “Powerful Body, Peaceful Mind: How To Heal Yourself with Foods, Herbs and Acupressure”, that by knowing one’s personality and physical constitution a “TCM doctor can treat both your body, mind and spirit. A TCM doctor can heal your aches and pains, but studying the five elements can assist with solving emotional problems, and give you insight into relationship problems as well.”

The goal of Traditional Chinese Medicine is not to balance everyone into the same kind of person; it makes you a balanced “your-kind-of-person.” It doesn’t try to force you into some abstract perfect model; it makes you the best you that you can be.

Each of the Five Elements has its own strengths and weaknesses. Dr. Carter suggest “it’s kind of like the type of fuel you burn. That means that even if you are healthy, you still need to live, eat, exercise and take supplements that balance your natural inclinations.”

Right now, most of us are on dietary overload; much of the information on healthy food is contradictory and confusing. There is an ever-growing list of superfoods that seems to change daily.

Naturalhealth.com explains that “Chinese dietary theory was born in simpler times. In the Warring States period (476-221 B.C.), scholars began to observe patterns and cycles in humans and nature as an interrelating system of five basic elements – wood, fire, earth, metal, and water. Within each element was a multitude of related natural phenomena: from human personalities to the weather patterns, everything was connected. These observations paved the way for more complex assessments, and from this a framework for the holistic interpretation of health and disease was developed.”

It amazes me that several centuries later, this framework is still amazingly accurate. Once you identify which of the types you are, you can understand your body type, and why certain foods, exercises and even certain social situations do or don’t work for you. “The five elements constantly change and transform into one another. In its simplest form, each element corresponds with a certain flavor, reason, climate, emotion and organ.”

Once you determine which type you are you can identify the foods – and activities – that are both beneficial and detrimental. For those of you who see a TCM practitioner regularly, he or she can provide input on which of the five elements your assessment reveals you to be.   You can read much more about food and your element type at Nature and Health

Aja Stuart writes in Acupuncture-sydney.com that “Eating seasonal food, dieting or fasting to cleanse the body, and reserving certain foods for special occasions are practical concepts that have survived through the centuries and maintain relevance today. Eating with the seasons aligns your body with a natural cycle of fortifying and detoxing. Foods come into season at exactly the time we need them: for example, our natural inclination to eat lighter, fresher foods in spring happens at about the time little shoots of green leafy vegies poke their sleepy heads out of the earth. Many holidays are based around seasonal food, and traditionally mix seasonal food and ‘sometimes food’, like sweets and cakes. Autumn harvest festivals saw people eating root vegetables and meats that fortified their bodies against the cold. Eating rituals have long incorporated the wisdom of eating seasonal food that prepares our bodies for the upcoming season”.

Some days, I am more of a philosopher and less of a pioneer. Some days I may be more of a warrior. I suspect I am more of the earth element, but truth be told, I would love to be the queen. More importantly, I have learned is that by eating “cooling foods” I am able to tolerate South Florida’s temperatures with less air conditioning than usual. I have come to understand why my comfort foods are warm foods and why no cold salad ever satisfies my appetite. I’ve also begun to pay attention to which foods are offered in farmers’ markets, because these are the foods that are in season. The protective cellophane wraps in supermarket chains can be deceiving – it becomes increasingly difficult to identify whether something is seasonal if it is packaged for eternity.

My acupuncturist is fond of reminding me that “Knowledge is power”.

I am not that profound.

I am selfish. If I can identify those foods that keep me healthy – physically and emotionally – it’s worth taking the time to explore.