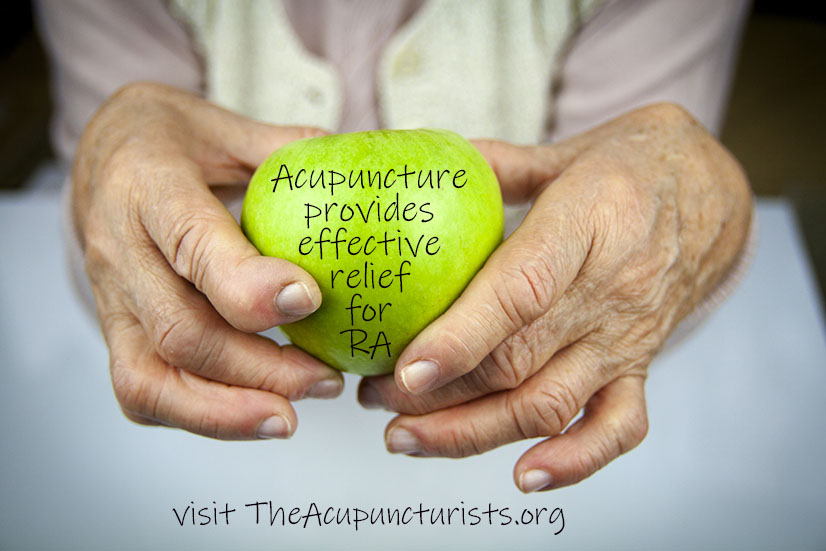 Arthritis affects a large percentage of people in the US population. According to the Arthritis Foundation, the number of people affected by the condition stands at 50 million today, which is 1 in every 5 people over the age of 18. Arthritis is the leading cause of disability in the United States, with 19 million of doctor-diagnosed cases of the condition ending up in disability.

Rheumatoid arthritis is an autoimmune disorder which attacks the joints. It ranks as the third most common type of arthritis in the US affecting, 1.3 million people, which makes up 0.6% of the population. The good thing is that (according to data from the 1995 census) this number has dropped from 2.3 million with a reduced prevalence since the 1960s.

Rheumatoid arthritis (RA) is an autoimmune disorder that affects the joints. Individuals with the inflammatory disorder experience painful, warm and swollen joints. In most cases, it affects the hands and wrists. As an autoimmune disorder, the condition occurs when your immune system attacks the body tissues. While osteoporosis affects bone structure by causing rapid wear and tear, rheumatoid arthritis causes bone erosion and eventual deformity at the joint through painful swelling.

The condition usually affects similar joints on either side of the body. Aside from its effects on the joints, RA can also affect other systems of the body, like the lungs, skin, blood vessels, heart and eyes. RA that affects other parts of the body apart from the bones occurs in 15-25% of all cases.

Common causes and symptoms of RA

The condition is brought about by the immune system attacking the patient’s own joints. This attack affects the synovial tissue which acts as a lining to the membrane surrounding the joint. The cause of this process is not fully known by researches even though they have made a lot of headway in identifying important factors about the process. In her research, Dr. Beatrice Bartok MD (2014) found that resident cells that get altered when the attack occurs are the ones that undergo rapid growth and healing, which is the main cause for joint immobilization and disfigurement.

The cause for the start of the process in which neutrophils (white blood cells) enter the joint tissue to bring about swelling, pain and degeneration of the joint is not yet fully understood. Nevertheless, environmental and genetic factors are known to affect susceptibility.

Symptoms of the condition

There are very specific symptoms that are related to the condition. Some of the symptoms that indicate onset of the disorder include;

There is no known cure of the condition in the Western world, which makes it a life time ordeal for many. Treatment for the condition is multifaceted and involves physical therapy, medications and surgery. The aim of treating the condition is to slow down its advancement or stop it altogether. With early aggressive treatment, patients are able to live a fulfilling life with the disease, even though surgery to replace joints may be required in some cases where there is extensive joint deformity.

Acupuncture for the treatment of RA

Acupuncture has been around for thousands of years as part of Traditional Chinese Medicine. This holistic form of therapy involves energy that flows in the body, called Qi. By balancing a person’s qi, practitioners can help deal with a variety of health complications ranging from infertility to muscle pains, depression and trauma from surgery.

As a form of stimulation therapy, acupuncture ranks as one of the most popular therapies in alternative medicine. The therapy is administered using acupuncture needles which are inserted into certain points on the body’s meridians, where the qi flow rises to the surface and is most accessible. These sterile needles are lightly inserted into the skin, allowing an easier flow of the individual’s qi. This proper flow initiates the body’s self healing mechanism, including endorphin release, which fights numerous conditions.

For RA, acupuncture can be used to alleviate pain and reduce the musculoskeletal effects of the condition. It reduces the pain from such conditions since it boosts the production of endorphins, mentioned earlier, which are the body’s natural pain killers. Aside from the physical benefits of the therapy, patients also enjoy the psychological benefits which include easing stress, depression and anxiety.

Research supporting the use of acupuncture in treating RA

There have been plenty of studies carried out to validate the effects of acupuncture on RA patients and the results are encouraging. In a study, Tam LS (2007) and his colleagues showed that rheumatoid arthritis patients benefited from acupuncture therapy, thus reducing amount of pain killers used. The study showed that acupuncture could be a viable means of easing the pain that comes with RA.

Testa MA (1996) also demonstrated that acupuncture could actually improve the living standards of people affected by RA. The study focused on the psychological and physiological outcomes of acupuncture therapy. Results showed that subjects experienced more fulfillment in life and regained a self affirming approach to their lives with the condition.

Many treatments out there seek to improve the quality of life that RA patients can have. Acupuncture has been shown to do this on two facets. This clearly explains why acupuncture is becoming a hot topic among Western-leaning RA specialists. The Acupuncturists, Dr. Robert Herbst and Dr. Landon Agoado, offer free consultations and proudly serve the cities of Margate, Coconut Creek, Coral Springs, Tamarac, Parkland, Deerfield Beach, and West Boca.