Treating Cold and Flu with Acupuncture and Chinese Herbs 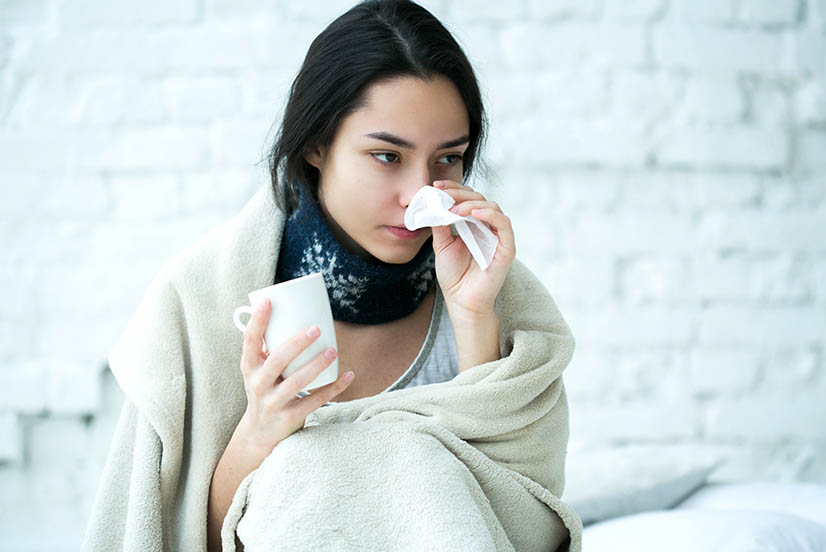 What is the Difference between a Cold and Flu?

Coral Springs, Florida – When the temperature dropped down into the 40’s a few days ago in South Florida, it indicated that the “winter” is officially here, and, along with it, cold and flu season.

Most people get a cold or flu once a while but struggle to know which one they have. Both colds and flus are caused by viruses. They also share some similar symptoms such as fever, body aches, sore throat, and congestion, but the onset and intensity is drastically different. Colds present with a gradual onset, milder fever and body aches while the person is still able to perform daily tasks with a short recovery period. On the other hand, people with the flu may experience more pronounced symptoms such as severe body aches including headaches, greater chills and fever, chest tightness which can even develop into pneumonia, and a longer recovery period that may extend to several weeks.

Most healthy people are able to recover from the cold or flu after a week and usually do not require any intervention. Over-the-counter cold medications and bedrest can relieve the symptoms of cold and flu. However, for weaker individuals such as the elderly, young children, and immunocompromised people, the flu could be life threatening. Call your primary care physician if you are experiencing the following symptoms: persistent, high fever over 101o, chest pain, and shortness of breath.

Although most agree that cold and flu are caused by viruses, Traditional Chinese Medicine (TCM) looks at these illnesses more holistically. In TCM, a human living in harmony with nature has a body that is relatively balanced; conversely, when a person lives against nature, they present in stages of disease. Ancient medical texts encourage people to follow the nature’s rhythm by sleeping more in the winter and getting up earlier in the summer.   Cold and flu viruses are considered a seasonal pathogenic factor. If one eats nutritious foods and rests well, he or she will not be attacked by any “evil” qi. In contrast, if one is stressed out with poor nourishment and a lack of sleep, he or she is more prone to the seasonal changes and pathogens.

In TCM, cold and flu symptoms are a battle of the body’s defensive, protective qi against the evil, pathogenic qi. Thus, the goal is not to simply remove the symptoms caused by the virus, but also to harmonize the interior and exterior of the body and treat the disease according to its stage. For example, the first day of cold and flu onset is called “pathogenic factors at the superficial level,” and sweating is induced to release them. When the course of the disease goes longer and deeper into the body, the goal shifts toward protecting the defensive qi and strengthening the function of the lungs to prevent further complications.

TCM Patterns and Herbal Treatments for Cold and Flu

Among the six pathogenic factors, wind, cold, heat, dampness, summer heat and dryness, “wind” is the head of all other five evil qi for colds and flus because “wind” refers to the pathogen’s changes in the body. “Wind evil” does not act alone and usually combines with cold, heat, and dampness symptoms that accompany the sickness. In TCM, it’s commonly seen in the following three patterns:

Wind Cold Invasion – Signs and symptoms: aversion to cold, fever, lack of sweat, headache and body aches, congested nose with clear discharge, itching throat, cough with white, foamy sputum, and a desire for warm drinks. The tongue has a thin white coating, and the pulse feels floating and tight.

Representative formulas: Ma Huang Tang and Jing Fang Bai Du San. In TCM, warm herbs are used to induce sweating and release the exterior layer. Herbs in these formulas such as Ma Huang (ephedra), Gui Zhi (cinnamon twig), Sheng Jiang (raw ginger), Su Ye ( purple basil) are warm and acrid in flavor; they are most effective when the cold is still at the superficial level. By inducing sweat, it releases the cold, alleviates body aches, and unblocks congestion. In the Shang Han Lun, an ancient Chinese medical text book by Dr. Zhang, it is suggested that one should stop taking the herbs after only slight sweating, which is more effective than profuse sweating.

Representative formula: Yin Qiao San. In TCM, cool and acrid herbs get rid of the heat symptoms. Herbs such as Jin Yin Hua (honeysuckle) and Lian Qiao are the top herbs in the treatment of upper respiratory infections such as tonsillitis and acute laryngitis. The chlorogenic acid in the herbs not only has antibacterial effects against staphylococcus aureus, pneumococci and streptococci, but it is also an antiviral agent. When combined with other herbs such as Bo He (peppermint), and Zhu Ye (bamboo leaf), Yin Qiao San is the essential formula to relieve the toxic heat symptoms such as sore throat and headache.

Wind Dampness – Signs and symptoms: fever, slight aversion to wind, mild sweating, heaviness of the body and general achiness, fogginess and heaviness of the head, cough with sticky sputum, restlessness, thirst but with no desire to drink, chest congestion, yucky taste in the mouth with nausea. The tongue is puffy with thick greasy coat; pulse is soggy and rapid.

Representative formula: Xin Jia Xiang Ru San. Wind dampness more commonly occurs in the summer and is rarely seen in the winter season. People who overindulge on damp-generating foods such as cold drinks, raw foods and dairy products are more prone to have wind dampness. The key symptom for this pattern is gastrointestinal discomfort such as nausea and low appetite. Bai Bian Dou (lima bean) is one of the herbs in this formula to transform dampness and harmonize the GI functions. Alone, Bai Bian Dou can be used as food therapy for children who are picky eaters with a poor appetite.

Other Holistic Approaches for Colds and Flus

Moxa, Gua Sha and Cupping – As a supplement to the herbal treatment and acupuncture, Moxibustion (Moxa), Gua Sha and Cupping might be applied. Moxa is burning the dried herb Ai Ye (mugwort) over acupoints to warm the body. Gua sha is scraping the skin surface to release the muscle achiness and heaviness. Cupping is placing suction cups along the meridian and muscle areas and serves a similar function as Gua Sha. Together, these can help alleviate the symptoms when the cold and flu first attack.

Lifestyle Practices to Prevent of Cold and Flu – As previously stated, living in harmony with nature is important to keep the body in balance. This is similar to maintaining a vehicle so that it runs smoothly. If one only fixes the problems when they come up, each issue is a major stress or dangerous problem for the car. But, if the vehicle is properly maintained, many issues can be avoided. The same is true for the human body. Maintaining our “vehicles” is important for avoiding colds and flus.

While the signs and symptoms of colds and flus have some differences, the herbal and acupuncture treatments depend on the pattern more than the designation. Herbs and acupuncture can relieve the symptoms and treat the underlying weakness that allowed the pathogen to attack the body. In addition, therapies like moxa, gua sha, and cupping can help the body as well. Lifestyle choices are good ways to keep the body in balance and prevent the attack before you get sick. It is important to get a proper diagnosis from a qualified TCM physician to prevent problems that would arise from a self-diagnosis and treatment.