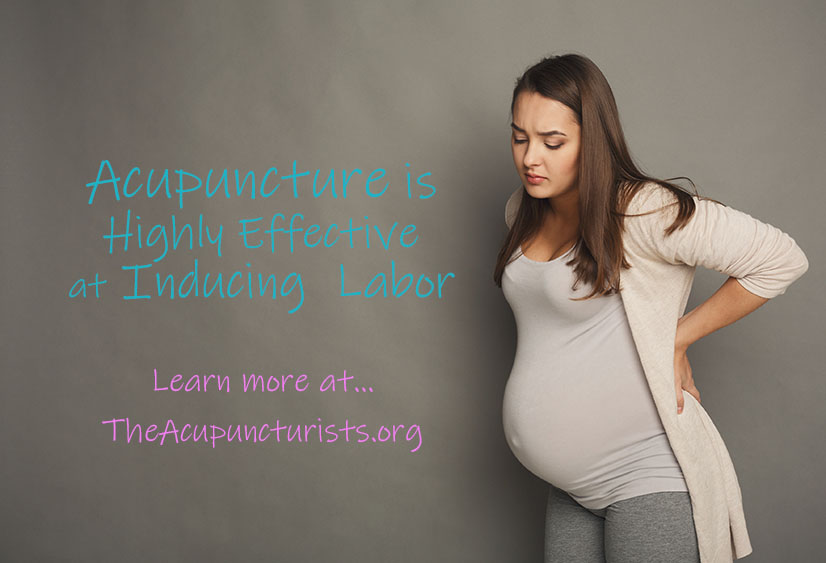 By Robert Herbst AP, DOM – Margate, Florida – Among many other traditional Chinese remedies, acupuncture is undoubtedly one of the most progressive natural alternative medicines that can be used exclusively or complementary to other treatments. Studies into the efficacy of acupuncture in treating common to complex ailments have made a solid case for its use. While it may seem new to other spheres in the world, acupuncture has been used for over 2000 years in China. Evidence of its use dates back to 265-420 A.D when it was used to successfully induce labor during the Jin Dynasty (Macioca, 2007). It’s now gaining approval across continents due to its significant success rates.

How acupuncture can help induce labor

Prior to 1998, there were very few publications on obstetric acupuncture. Later on, evidence emerged to support the contention that acupuncture has been effectively used to speed up the onset of labor and simultaneously reduce contraction pains. Notably, a study claimed that acupuncture induction has been successfully used to induce overdue labor with remarkable success rates of between 68-83%; and that delivery time after induction could be reduced to 13.1 hours with acupuncture. (Tsuei, 1974).

Essentially, targeted acupuncture stimulates prostaglandin and oxytocin production, which prepare the cervix for labor and elicit contractions respectively. Similarly, if labor is delayed due to anxiety or stress, acupuncture can be used to get the woman to a relaxed state that allows the body to function optimally.

A pregnancy that is over 40 weeks is considered overdue. An overdue pregnancy can be very distressing for the woman as it may a cause for extreme fatigue and anxiety leading to labor difficulties. More often than not, this state requires medical intervention. Contrary to conventional hormonal treatments, acupuncture triggers the natural body mechanism to produce its own hormones, making the process safer and less invasive. Duff (2000) observed that medically induced labor increased the rate of use of caesarean section by 5.14%. and epidurals by17.09%.

In as far as delivery is concerned, Bett (2006) states that acupuncture treatment can boost stamina and general vigor required for the birthing process. Additionally, Tempfer (1998) points out that nerve stimulation near the end of gestation triggers increased contractions by either oxytocin release or sympathetic nerve stimulation.

How safe is Acupuncture for Labor Induction?

The technique is considered very safe, as it is a natural process that helps the body to maintain its homeostatic balance and function well. Further, it might not necessarily require needling of the skin. There is proof that targeted acupressure along specific meridians (that correspond to release of muscle relaxation and rise of the uterine basal tone hormones) can induce labor for overdue pregnancies. According to healthline.com, the most commonly used and versatile points are on the spleen meridian, specifically SP6 – the Spleen 6 point – located on the lower calf and above the ankle-bone. Further, it is a non- invasive, non-drug related procedure that does not interfere with the fetus. According to a 2003 WHO report that published clinical trials on safety of acupuncture in pregnancy, among other indications for medical interventions, acupuncture was found to successfully and safely induce labor. ( see http://www.evidencebasedacupuncture.org/who-official-position/).

If you’re overdue and looking for assistance with labor induction, The Acupuncturists are qualified to help. Dr. Robert Herbst and Dr. Landon Agoado have many years of experience and offer free consultations. Give us a call today and get started. Our clinic serves the communities of Margate, Coconut Creek, Coral Springs, Tamarac, Parkland, Deerfield Beach, and West Boca.