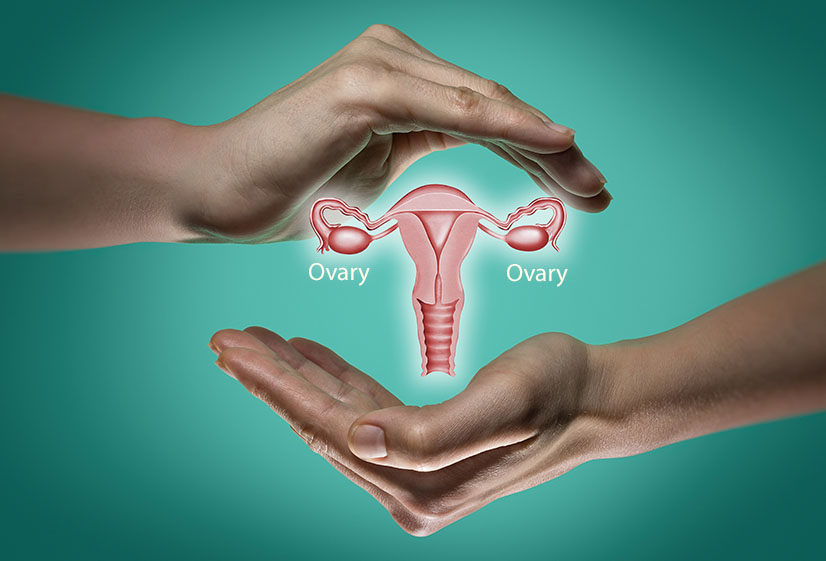 By Robert Herbst AP, DOM – Margate, Florida – Acupuncture and Traditional Chinese Medicine (TCM) in general excel in the treatment of myriad hormonal conditions that are linked to infertility. Acupuncture has helped many women with varied fertility problems eventually conceive and give birth to healthy babies. Premature ovarian failure, abbreviated as POF, is the malfunctioning of the ovary before a woman hits 40 years of age.

POF is mainly characterized by amenorrhea (missing or irregular menstruation), excessive amounts of follicle stimulating hormones and luteinizing hormones as well as insufficient amounts of estrogen. Synonyms of POF include hypergonadotropic hypogonadism, primary ovarian failure, primary ovarian insufficiency and premature ovarian insufficiency. Premature ovarian failure is a major cause of fertility problems in women and the condition can set in at any time from teenage years to late 30s.

POF is commonly regarded as premature menopause although there are some stark differences between the two. On the one hand, menopause is a natural occurrence that happen to all women as they age. On the other hand, POF is a condition that shouldn’t befall young women in their reproductive years. Additionally, menopause should mean that menstrual cycles stop completely. However, menstruation continues for POF sufferers only that periods become irregular and may not occur for months.

According to Conway (1997), between 1 to 4 percent of women get POF before they hit 40. This translates to approximately between 250,000 to one million women in America. Women suffering from premature ovarian insufficiency and are keen to rectify the issue, most probably to enhance their ability to conceive, are encouraged to  consider acupuncture to remedy this condition safely and effectively.

Sufferers of premature ovarian failure normally miss their periods for some months, have problems having sexual intercourse due to vaginal dryness and have low libido (Re bar, 2009). Additionally, sufferers are highly irritable, have sleep problems and experience hot flashes or night sweats. While most of these symptoms are synonymous with the ones for menopause, primary ovarian insufficiency symptoms come with greater intensity than menopausal symptoms.

POF patients are at a high risk of contracting osteoporosis as they have insufficient amounts of estrogen which is necessary in bone formation. Some women with POF also may be prone to have heart conditions because estrogen balance is necessary in heart protection. Other conditions that may plague POF sufferers include adrenal issues, diabetes and thyroid problems (Kalantaridou, Davis & Nelson, 1998).

Writing in the Journal of Oncology (2008) Schover notes that the failing or malfunctioning of ovaries normally result from deficiency of estrogen and it’s the reason for infertility and other symptoms that resemble menopause. These symptoms are normally addressed by administering hormonal supplements. However, using hormonal supplements including gonadotropins, corticosteroids, Clomid, GnRH and estradiol has negligible impact in restoring the functioning of follicles and bringing about ovulation.

Naturally, the body tries to re-establish normal functioning of the ovaries by producing large amounts of luteinizing hormones and follicle stimulating hormones. As such, taking hormonal supplements isn’t likely to yield the desired effect but only raises the body’s toxic level which is unhealthy for the sufferer.

Other conditions linked to primary ovarian insufficiency such as heart diseases and osteoporosis are dealt with like in other patients without addressing the root cause. Hormonal therapy may fix the condition temporarily, but it usually accompanies adverse side effects and lifelong dependency. Due to the preceding facts and conditions, more women and medical practitioners are turning to acupuncture for safe and effective treatment of premature ovarian failure.

From a Chinese medicine viewpoint, premature ovarian failure results from a weakened spleen energy, deterioration of the kidney and heart connection as well as liver pathway obstructions. Several researches have affirmed that acupuncture produces a positive impact on the hypothalamus – pituitary – ovarian axis. An article by Nelson (2009) published in New England Journal of Medicine and corroborated by Kalantaridou et al (1998) postulates that acupuncture enhances estrogen production, helping reestablish ovulation, and control the production of luteinizing and follicle stimulating hormones to reduce escalations.

For thousands of years, acupuncture has widely and effectively been used in China and the rest of the world to reduce and at times eliminate nearly all the symptoms of POF including sleep problems, hot flushes and vaginal dryness. By addressing all these symptoms, the general well being of the sufferer and her chances of conceiving and delivering a healthy baby are remarkably improved.

According to results from studies published in some of the leading clinical journals such as Journal of Sichuan of Traditional Chinese Medicine, The Oncologist and China Journal of Medicine, acupuncture significantly decreases the levels of follicle stimulating hormones, increases estrogen amounts and boosts the resumption of regular menstrual cycles.

In a research published in 1999, a group of POF sufferers received acupuncture while another control group received the most common drug for infertility in a Western medical setting – Clomid. While there were no differences between how patients responded to acupuncture and to Clomid, nearly everyone who took the drug complained about a number of unwanted side effects.

Acupuncture works by increasing the flow of blood and that of the vital qi energy to the pelvic organs, which in turn nourishes the ovaries, improves egg quality as well as the regulation of the hypothalamus – pituitary – ovarian axis. Additionally, acupuncture helps reduce stress to ensure ample relaxation. Apart from its well-known effectiveness in helping women conceive, acupuncture is rapidly growing in popularity due to its safety and a myriad of other benefits.

If you are suffering with POF, or premature ovarian failure, give us a call. The Acupuncturists serve the communities of Margate, Coconut Creek, Coral Springs, Tamarac, Parkland and West Boca and offer free consultations daily. Our team of licensed physicians specialize in reproductive health and look forward to helping you achieve optimal health!