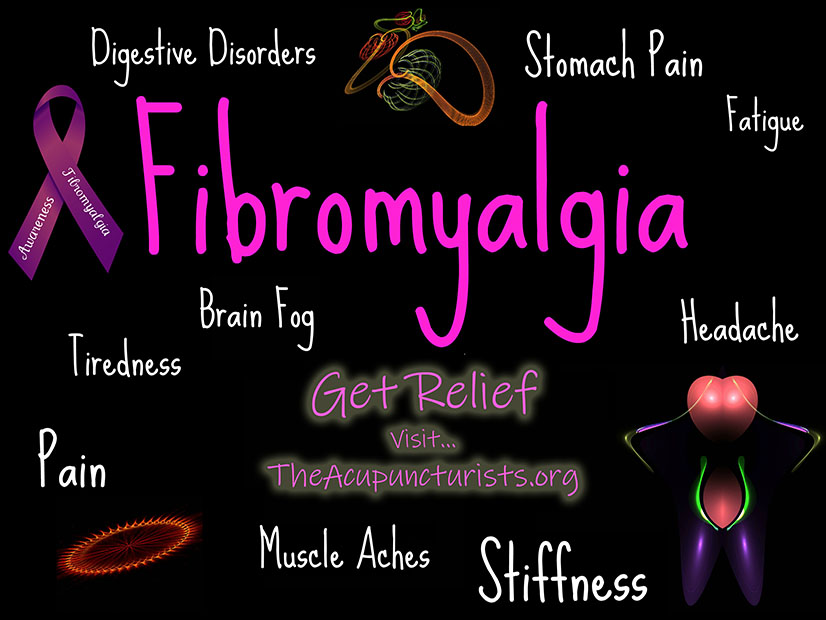 The Acupuncturists – Coral Springs, Florida – Fibromyalgia, also known as fibromyalgia syndrome, is a chronic or lasting disorder that is generally symptomized by widespread continuous musculoskeletal aching that comes with memory problems or difficulties in paying attention, fatigue, depression and sleep problems. Fibromyalgia is blamed for amplifying pain around the body’s tender points by impacting on the way the brain processes pain signals.

Women are at a significantly greater susceptibility of suffering from this condition than men. Indeed, some researchers say that women’s vulnerability to fibromyalgia is ten times more than that of men. In conventional medicine, a combination of medications may be administered to help manage symptoms of fibromyalgia. As an alternative to this treatment, acupuncture is increasingly being recommended to fibromyalgia sufferers as patients of even some of the worst conditions of fibromyalgia have shown remarkable improvement from acupuncture treatment (Berman et al, 1999). At our clinic in Margate / Coral Springs Florida we have had much success over the years treating patients diagnosed with this condition.

A person can suffer from fibromyalgia without anybody else realizing it because the profound fatigue and pain in nearly every muscle are invisible symptoms. However, these symptoms are real and can have shattering consequences on a patient. Due to its invisible nature, some in the medical community do not recognize fibromyalgia as a credible condition, ignorantly deeming it as some type of psycho-somatic phenemenon. Nonetheless, there has been an exponential growth of research papers about fibromyalgia in the last one decade. As such, the condition is now better understood by doctors and patients than ever before, making it easier to identify and diagnose.

How Fibromyalgia is diagnosed

Doctors recommend a diagnosis of fibromyalgia be done if a patient is experiencing widespread pain all over the body that has been ongoing for a period not less than three months. This generally includes pain that cannot be traced to any identifiable cause connected to other conditions.

An accurate diagnosis is made by checking on a patient’s comprehensive physical exam as well as medical history. The FM/a blood test can also be done to assist in diagnosing fibromyalgia. Additionally, more blood testing can also be done to help exclude other conditions that can cause long-term pain.

Some known causes of Fibromyalgia

Causes of fibromyalgia are not immediately obvious as the condition is not well-understood. However, a number of causative factors are known to be linked to fibromyalgia. These include:

Fibromyalgia is usually linked to aching tender points. These are pain trigger points in areas such as the neck, back, hips and arms that are bound to cause pain even when only minimal pressure is applied. Patients often describe pain from these areas of tenderness as continuous dull ache throughout the body. When this pain lasts for more than three months, physicians usually consider it a fibromyalgia symptom. Sufferers of this condition can also experience:

Typical treatments and medications for Fibromyalgia

There’s no magic pill or cure for fibromyalgia. However, the increased understanding of the condition has helped physicians to offer better treatment to patients of this condition. Fibromyalgia treatment focuses on easing symptoms as well as improving a patient’s quality of life and helping them maintain the ability to carry on with daily activities. Some cases of fibromyalgia can require a patient to seek help from a number of healthcare professionals such a rheumatologist, neurologist and a psychologist.

By nature, fibromyalgia has many symptoms and thus no single treatment or medication can effectively eliminate all the symptoms. A number of medications are normally prescribed. Additionally, some treatments may work for one patient and not for another.

Some typical medicines prescribed for fibromyalgia include:

How acupuncture is a viable alternative treatment for Fibromyalgia

An acupuncturist inserts thin, sterile, painless needles into a patient’s skin at particular points. Gentle manipulation of the needles results in significant release of endorphins (natural opiods or pain relievers) into the bloodstream. Additionally, energy, or Qi, blockages are removed and this restores flow of energy in the energy channels known as meridians, helping the body achieve homeostasis (natural healing).

Research shows that acupuncture alters brain chemistry by modifying the discharge of neurotransmitters (Mayhew & Ernst, 2007 and Martin et al, 2006). This way, a patient’s pain tolerance is increased. A recent research by Langhorst et al (2010) showed that patients who had acupuncture treatment administered to them exhibited significant improvement of their quality of life.

We have successfully treated many cases of fibromyalgia over the years and we are confident that we can help you too. We offer free consultations and accept insurance.  The Acupuncturists proudly serve the communities of Margate, Coconut Creek, Coral Springs, Tamarac, Parkland, Deerfield Beach, and West Boca. Call us today to get started!