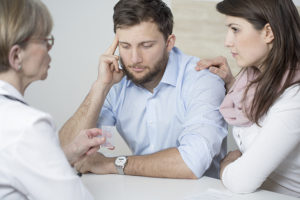 It is tough to deal with the fact that you are having difficulty getting children even after a year or so of trying to conceive. Couples go through a lot of stigma which comes with psychological effects that hinder a normal life. Infertility brings about a lot of unpleasant feelings like depression, anger, denial, shame, guilt, inadequacy, embarrassment and shock (Wright et al., 1991).

Causes of infertility in men

Sperm issues may exist in the form of quality or quantity of the sperm. Most of the causes that bring about the problem have to do with the quality of sperm (Hamada et al., 2011). According to the abstract, the presence of Reactive Oxygen Species (ROS) causes sperm damage. The ROS are synthesized by spermatozoa and leukocytes and are the cause of up to 80% of male fertility in all cases (Mendiola et al., 2009). However, infertility in men is usually reversible using noninvasive methods.

Such imbalances come about when there is a breakdown of communication between the pituitary gland, hypothalamus and the testes. This lack of communication causes an imbalance, inhibiting the production of healthy sperm from the man.

Male factor infertility may also be due to some gene mutations that reduce quality and quantity of sperm. Autosomal gene mutations and polymorphisms have been found to cause structural impedance to fertilization. 60%-90% of patients found to have congenital bilateral absence of the vas deferens (CBAVD) had a mutation of this kind. CBVAD obstructs natural fertilization by disconnecting the ejaculatory duct with the epididymis. Other mutations such as Robertsonian translocation and Klinefelter syndrome also contribute to male factor infertility (Katherine et al., 2010).

Tobacco smoking introduces some harmful products in the body that affect different areas of the body and continued research has shown that the testicles are also affected. One of the harmful substances in cigarettes which may affect reproduction is cadmium. The metal makes its way into the smokers DNA and replaces Zinc in DNA polymerase (Robbins WA et al., 2005). 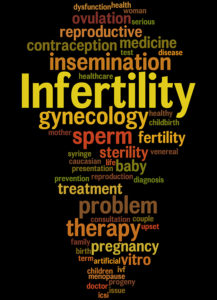 Men may not tell right away if they have infertility problems. The symptoms usually go unnoticed until it is time to have children. Men in their early and mid-20s find it more stressful to deal with such issues; however, since sperm production occurs at a higher rate, they are mostly likely to fully recover. Symptoms of infertility depend on the root cause and include the following;

Western treatments of the condition

Male factor infertility is mostly overlooked in the Western modes of treatment for problems in conceiving. The go-to procedures when couples are facing such a problem are usually focused on the woman.

As for structural problems, surgery usually does the job and the male is able to fertilize the female naturally. In a lot of cases, the structural deficiencies of the male have been sorted out without a recurrence.

Unfortunately, there isn’t much medical aid for those experiencing other kinds of difficulties. A semen analysis is the best way to determine whether the man is able to get children. However, most men feel stigmatized and find it difficult to give a semen sample. The sample can, however, be collected at the privacy of your home and dropped of discretely at a lab nearby.

Scientific evidence backing the use of acupuncture to counter male infertility

In a study carried out to analyze the effectiveness of acupuncture in improving sperm quality, it was shown that it works to raise sperm quality (Ui Min Jerng et al., 2014). Results were obtained from 500 test subjects spread across Europe. This data was also combined with analysis of past studies about the subject matter with a convincing number in support of the practice.
In another research effort (Siterman S et al., 2009), the scrotal temperature was identified as a reason for poor sperm production in men. The study showed that by using acupuncture, the test subjects experienced an increase in scrotal skin temperature to an optimum level for sperm production.

A study conducted on a group of infertile men also showed similar results. The test subjects received semen analysis that matches WHO criteria thus establishing their infertility. Within a period of 5 weeks the group that received acupuncture showed a significant rise in number of sperms produced with no effect on the control group-which remained untreated. The study showed that acupuncture was a viable mode of alternative treatment for men with infertility and no structural incapacitations (Pei J et al., 2005).

Acupuncture is a viable alternative to approaches of Western medical science in treating idiopathic infertility. Acupuncture works much better than empirical therapy in cases where the structural aspects remain unaffected.

Acupuncture treatment is safe, painless and most importantly, effective

Acupuncture along with Chinese herbal medicine are highly effective at correcting male fertility issues. This virtually painless and relaxing procedure can increase sperm volume, improve motility and morphology, and help you and your partner conceive. We’ve had much success treating male infertility problems and we are confident we can help you too. Call us for a free consultation today.

Robert the acupuncturist was fantastic. I started using him during the start of IVF process. I continued services for 4 months. He was very pleasant, professional, kind and supportive. I would definitely recommend him for your acupuncture needs. It was with his assistant the process was a success and expecting first baby girl in February 2019.