Chinese Herbs and the Treatment of ADHD 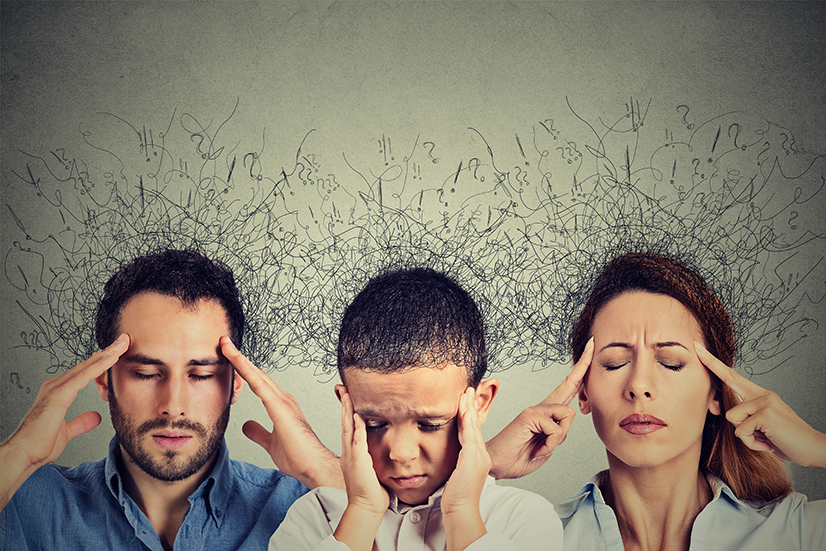 Coral Springs, Florida – ADHD is a condition that is diagnosed on the basis of the presence of a degree of inattention or hyperactivity and impulsivity that is so great it interferes with a person’s ability to succeed at home, school, work, or in relationships with others. To be diagnosed with ADHD, a child must show at least six symptoms of inattention, impulsivity, or hyperactivity according to the Diagnostic and Statistical Manual of Mental Disorders (DSM-5; American Psychiatric Association, 2013).

Central nervous system (CNS) stimulant medications are the most commonly used psychotropic drugs to treat the symptoms of individuals with ADD/ADHD. They have the longest track record for treating ADHD and the most research to back up their effectiveness. The stimulant class of medications includes widely used drugs such as Ritalin, Adderall, and Dexedrine. Stimulants are believed to work by increasing dopamine levels in the brain. Dopamine is a neurotransmitter associated with motivation, pleasure, attention, and movement. For many people with ADHD, stimulant medications boost concentration and focus while reducing hyperactive and impulsive behaviors.

Stimulant medications can be very effective in reducing symptoms of ADHD, but some kids do experience uncomfortable or harmful side effects. The most common short term side effects are: restlessness, difficulty sleeping, loss of appetite, headaches, upset stomach, irritability, mood swing, depression, dizziness, racing heartbeat and tics. Long-term side effects are unknown, but neuropsychologists argue, based on knowledge of those who are addicted to nonprescription stimulants and of recent animal studies, that stimulants could alter the structure and function of the brain in ways that may depress mood, boost anxiety and, create potential further addiction to these drugs.

All the above concerns have made people question the overuse of drug prescription in treating ADHD. Many are now seeking alternative ways of supporting healthy attention levels in those with ADHD, especially children. Alternative approaches to ADHD include nutritional counseling, acupuncture (or acupressure) and Chinese herbal medicine which many find to be calming and soothing and without the side effects of pharmaceutical treatments. The effectiveness of each of these treatment methods varies; some studies show Chinese herbal medicine combined with acupuncture to be much more effective in treating ADHD than acupuncture alone.

In 221 BC, Huang Di Nei Jing (Yellow Emperor’s Internal Classic), considered the Bible of TCM, describes the emotions or “spirits”: “There are five different spirits in the five solid organs , the liver stores ethereal soul (hun), the heart stores mind (shen), the spleen stores intellect (yi), the lungs store corporeal soul (po), and the kidneys stores will-power (zhi).” It also states that “if the Yin and Yang energies of a man being kept in a state of equilibrium, his body will be strong and his spirit sound, if his Yin and Yang energies fail to communicate, his vital energy will be declined and finally exhausted”. Thus, the relation between each organ and a particular emotion is mutual: the state of the organ will affect the emotions, and emotions will affect the state of the organ. In summary, ADHD is a state of organ/spirit imbalance.

Dr. Cowan and His Five Elements theory in ADHD

Dr. Cowan, MD, the leader of combined modern medical knowledge and TCM in treating children with ADHD, author of Fire Child Water Child, pointed out the problems of a generalized ADHD diagnosis and treatments in conventional medicine. Instead, he applied the principles of traditional Chinese medicine (TCM) and its “Five Elements” concept in working with children who have attention and behavior problems. He emphasized that ADHD is not a disease, but rather symptoms of unbalance—just like fever itself is not a disease. In his book Fire Child Water Child, he believes that all children, not only ADHD children, have diverse ways of attention/focus according their personalities. Below is a chart that shows some of the Elemental correspondences and what traits might be demonstrated in each child’s Element:

@Stephen Cowan 2009 – The purpose of this breakdown into groups is to discover and support the child’s own nature, “expanding and promoting deeper understanding, empathy, imagination and self-regulation.” Children might have a combination of each element, seldom falling into one strict category.

From the traditional Chinese medicine viewpoint, ADHD is further divided in the following main category:

In recent research, administration of Shi Chang Pu (one of the key herbs in the last formula) was associated with a dose-dependent effect in improving memory. Furthermore, in one clinical trial, 30 children with low IQ showed mild to moderate improvement in classroom performance using an herbal formula containing Shi Chang Pu and Yuan Zhi. From the traditional perspective, the “marrow” and essence are the foundation of the brain, and the early problems with mental development indicate deficiency of the vital essence.

The main herbs for clearing the heart orifices and eliminate phlegm are Shi Chang Pu, Yuan Zhi, and Zhi Shi. This group of herbs are said to “open the orifices, vaporize phlegm, and quiet the spirit.” Zhu Ru and Zhi Shi, which promote the movement of qi and transform phlegm, are used to treat phlegm heat that obstructs the heart orifice when there are symptoms of anxiety, agitation, or mental derangement. Single herb Yi Zhi Ren, literally translated as “the seed that benefits intelligence,” aids digestion, prevents phlegm accumulation by enhancing digestion function, astringes the kidney to restrain the essence, and prevents the development of heat from kidney deficiency; the deficiency heat can cause phlegm to mist the mind. The research group of 80 cases were treated with formula that contain the Yi Zhi Ren, 23 cases were cured with clinical symptoms and signs disappearing, 10 IQ units were raised in their intelligence, abnormal electroencephalograms recovered, and there was no recurrence during the first six months after recovery. In 46 cases, they were improved with clinical symptoms and signs markedly improved, 4 IQ units raised in intelligence, and electroencephalograms improved; 11 cases were ineffective. The effective rate in this study for Yi Zhi Ren was 86.25%.

Although more research is necessary to confirm these findings and generalize them for other herbal formulas, similar Chinese herbal formulas are available or may be compounded by knowledgeable health practitioners. Formulas are generally available through licensed acupuncturists or Chinese Medicine physicians. These may be prescribed as herbal granules, convenient tablets, and fluid extracts. For children who don’t like the taste of the herbs, modern pediatric herbal formulas usually add honey or mix them in fruit juices to achieve a desirable taste.

In summary, Chinese herbal medicine is not only effective for improving focus and attention, but they also improve memory and school performance, thus enhancing the development of self-esteem. Furthermore, herbs are much safer than drugs, both for short- and long-term use. One must realize that ADD and ADHD require more than just taking drugs or herbs; it is imperative to treat the underlying condition. A powerful combination of acupuncture, acupressure, homeopathic medicine, psychotherapy, nutritional support, a healthier environment, lifestyle changes, and meditation, ensure long-term success.

A quote from Fire Child water Child puts it best:

“In reality, there is no single cure for ADHD because ADHD is not a single entity. We each go through the process of maturation and liberation in a unique way that is wholly dependent on the conditions in which we find ourselves. Laozi said it best: ‘circumstances complete us’. But rather than being mere victims of circumstance, our children teach us that we’re unfinished business. In mapping your child’s way, you’re also mapping your own life. When you do so, you get a glimpse of the part you play in the great, mysterious nature of the universe: the Dao.”