Acupuncture and the Theory of Yin and Yang 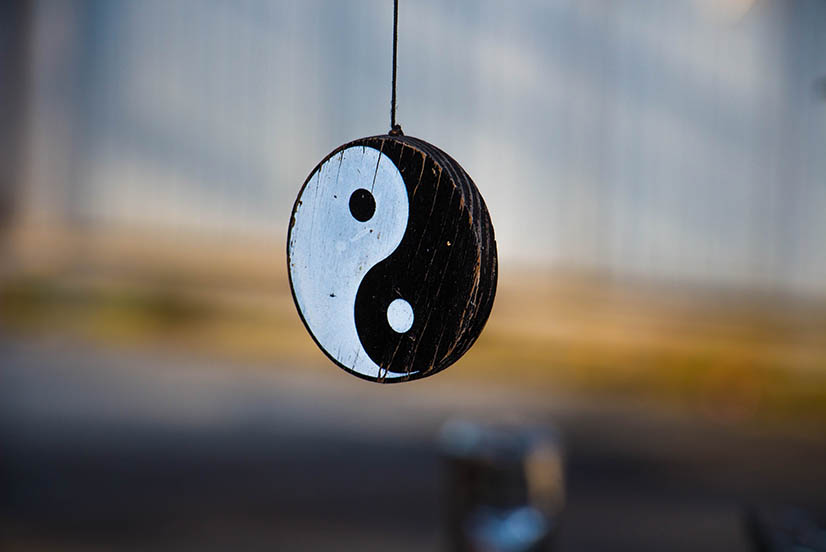 By Susan Tretakis – Most people have heard or read the words “Yin” and “Yang”; many are familiar with the Yin-Yang symbol consisting of a circle, divided by a curved line into a black (Yin) and white (Yang) side. That curved line symbolizes the constant change of balance between the Yin and Yang. Each side contains a small circle of the opposite color, demonstrating the belief that nothing is never really all Yin or all Yang; there is some Yang in Yin and vice-versa.

What most people do not know is that the concept of Yin-Yang is the foundation of Traditional Chinese Medicine.

An easy way to understand the concept of Yin and Yang is to think of a candle. The wax represents the Yin while the flame represents the Yang. Yin (wax) nourishes and supports the Yang (flame) but the flame needs the wax for its existence. Yang consumes Yin, and in that process, the candle burns brightly. When the wax (Yin) is gone, the flame is gone as well. Yang is gone. One can easily see how Yin and Yang depend on the other for their existence and how you cannot have one without the other. However, if the Yang (flame) burns too brightly and becomes out-of-control, it can cause an excess of wax which may extinguish the flame. In exactly the same way, the body, mind and emotions are all subject to the influences of the Yin and Yang. When the two opposing forces are in balance we feel good. When one dominates the other, it brings about an imbalance that can result in ill health.

According to the Traditional Chinese Medicine World Foundation, the theory of Yin and Yang drives TCM healthcare, much as rationalism – the search for and emphasis of basic mechanisms of disease – influences most Western medical diagnoses. The concept of Yin and Yang serves not only to understand ones’ health, but to diagnose and treat illnesses as well as for the TCM practitioner to understand – and ultimately to teach the patient – the physiology, pathology and treatment of the illness.

Scholars have documented that Yin-Yang is first referenced in I Ching (The Book of Changes) written around 700 BC. Thousands of years ago, ancient scholars observed constant, cyclical changes around them and took note of the continual balance and harmony that exists in all things. Scholars documented how day turns into night and the night turns into morning. They watched and documented seasonal changes; Summer into Autumn into Winter into Spring and back to Summer. These changes are seamless and complete each other. Together, a day and night make a whole.

TCM believes that the human body is an organic unity – a universe – unto itself. Health is based on opposing and complimentary relationships of the Yin and Yang. Organs and tissues are classified according to the Yin Yang theories tied to organ locations. The upper body belongs to the Yang while the lower body belongs to the Yin. TCM practitioners study other “Yin Yang pairs” throughout the body: the interior (Yin) vs the exterior (Yang), the front (Yin) vs the back (Yang), the inside (Yin) vs the outside (Yang) of the limbs.

Given this inter-connectivity of Yin and Yang, diseases are not seen as entities separate from the body, but are seen as symptoms of a Yin and Yang imbalance.

Whether for better or worse, society has marched from 700 BC to 2019 with various western interventions. Indeed, some are lifesaving. Today, people live without their gallbladders and appendix. People can live with one kidney, with less than two lungs and or less of their stomach with which they were born. Today we treat kidney disease, liver disease, blood disorders and various cancers with a variety of drugs and other interventions. These physical changes do not make the body less of its own organic universe; by their very nature, Yin and Yang are in constant flux and seek their own balance.

Whether to heal, or to increase an individuals’ immunity, the relationship between Yin and Yang is critical. Quite simply, good health is maintained by balancing Yin and Yang.

But a healthy Yin and Yang goes beyond balance. If you go back to the Chinese Yin Yang symbol you will see the Yin (the black) contains a seed of Yang (in the form of a white dot). Yin is also Yang because it contains some Yang. The truth is Yin can transform into Yang under certain circumstances – such as a missing, diseased organ, the necessity of a foreign drug. The body will strive to naturally balance itself, but the Yin Yang relationship goes beyond balance to that of harmony. In a relationship of harmony, ones internal energies (the body) blend into a seamless whole, much like four seasons, however abbreviated or contrasting, still equate to one year.

When there is disharmony the Yin and Yang are unequal and unbalanced. When one is deficient, the other is in excess. Many factors cause a Yin Yang disharmony; we know them today as excessive lifestyle choices or physical and emotional trauma. Ancient scholars referred to these as “evils” – outside influences that cause disease. These “evils” also disrupt the flow of Qi in the body. With a normal flow of Qi, the body functions well. One has a better immune system that allows them to recover more easily from illness, should they become sick. In TCM, disease results from either a deficient or stagnant qi or an excess of these “pernicious evils”. When a normal Qi is established and these “pernicious evils” are eliminated, disease is lessened, if not eliminated. By applying the Yin Yang theory to treat diseases harmony can be restored and health maintained.

One of the main principles of acupuncture is the regulation of the Yin and Yang. Because TCM sees the body as a complete, self-enclosed system (a universe) practitioners understand that this “universe” is impacted with daily changes and movements. The goal of acupuncture is to restore the Yin and Yang by prompting the energetic body into a state of balanced movement. Acupuncture manipulates specific spots on the body to balance the Yin and Yang within the whole person to prevent illness from occurring and to restore existing health. Acupuncture is a Yang therapy because it moves from the exterior to the interior. Herbal and nutritional therapies, because they move from the interior throughout the body, are Yin therapies.

One of the biggest lessons I have learned from acupuncture and my study of Traditional Chinese Medicine is to step back from my life to see where my life might actually be creating health issues for myself. For some reason, perhaps because of my age or my training, this was an incredibly difficult for me to do. Once I had one foot over that line it was apparent that there was no going back. I can identify that moment in time when I realized I was, in many ways, my own worst enemy.

My acupuncturist taught me to question my Western way of continually treating symptoms that are caused by emotions, patterns of thought, belief systems, and a lifestyle that was, essentially, out of balance. It just made more sense to attempt to change the root cause – in my case, root causes – of my problems. Acupuncture and TCM taught me to look at everything – to stop and see how both the food and drink I put into my body, my activity (or actually, my inactivity) level, the people with whom I socialized, and my own self-talk negatively impacted my sense of balance and harmony.

Acupuncture gives me a balanced Yin and Yang – as well as the perspective to view the world – and my role in this world – more peacefully.

Learn more about Yin and Yang, TCM and Acupuncture by scheduling a free consultation with one of our licensed acupuncturists.